What I Know: Some of the plans are very similar to the designs at Carriage Walk built around the same time – although this enclave does not have as many amenities.

The complex of has 54 houses.All of the designs have a two bedroom option, indicating that the target market was either empty-nesters or professionals without children. Also notice how every master bedroom has a walk-in-closet. The two larger plans have a family room over the garage. The majority of the houses in the complex are the these larger plans.

In 1990 the prices were drastically reduced for the houses (see the November 3, 1990 advertisement). 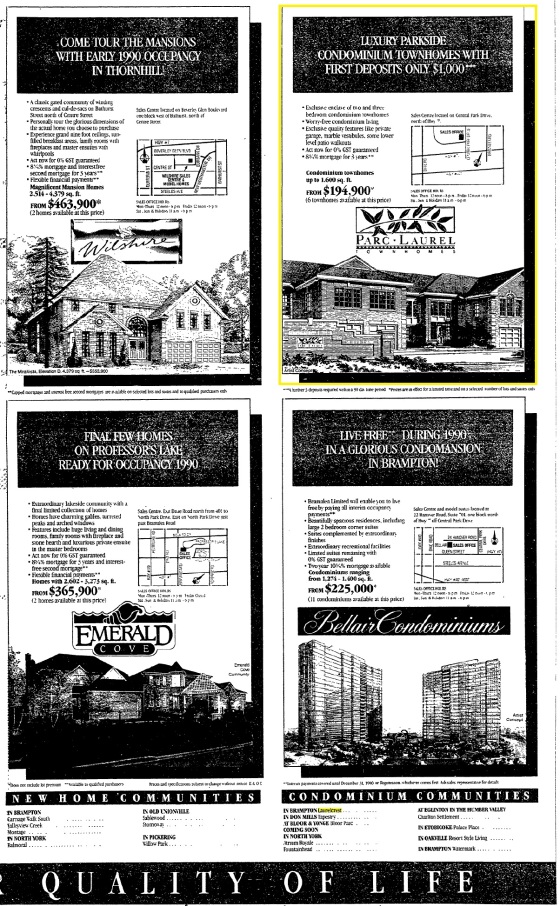 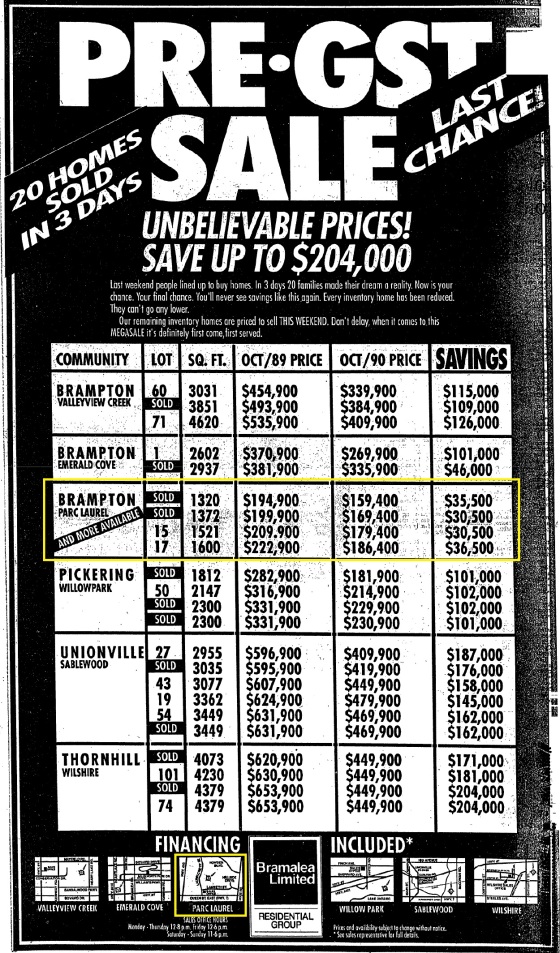 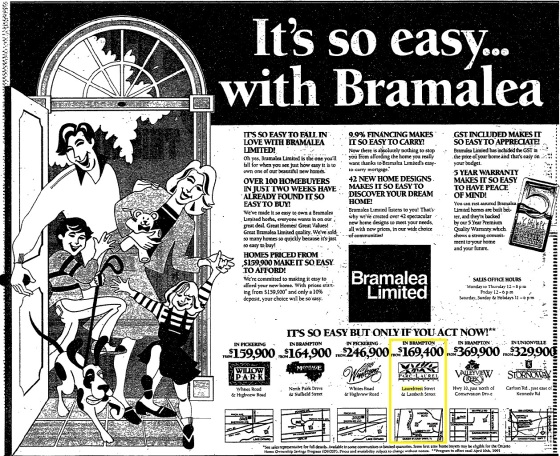 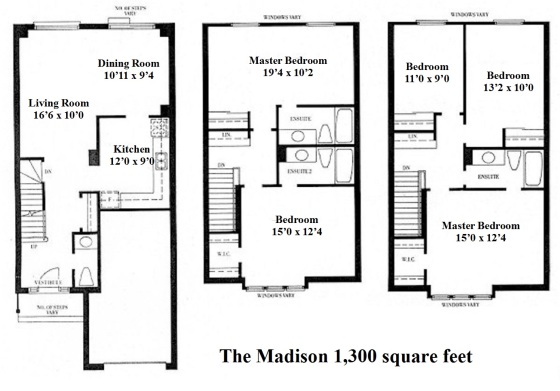 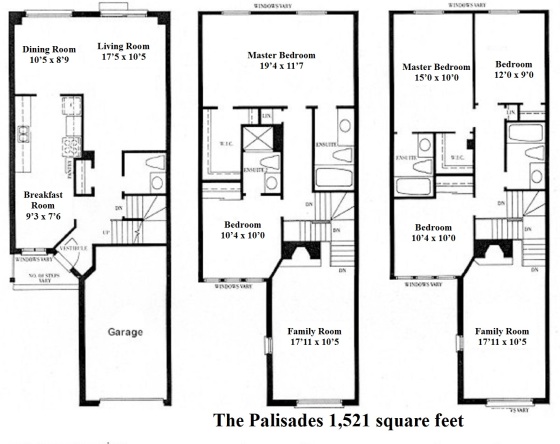 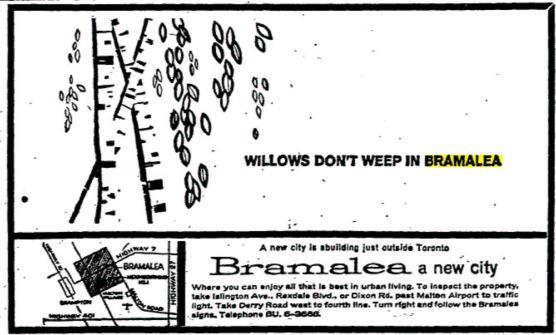